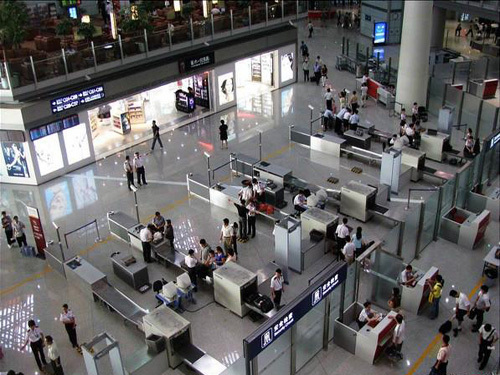 As we all know, there have been many public safety accidents in the modern society. As a result, security testing in the public areas has begun to take hold. Airports, trains, and subways, for example, are the common areas in which traffic is fairly large. Three days became the peak of travel, so the security also required more stringency. In Nanjing, Beijing, Shenzhen and other important cities have begun to implement "every package must be checked, every liquid will be seized, every person must be seized."

Then the question arises. What should the subway security check be? What are the main security screening equipment?

There will be X-ray baggage inspection machines at airports and railway stations. X-rays are used to scan the contents of baggage. It is possible to detect whether there are contraband products without opening the bag. The security inspector distinguishes some of the contraband by staring at the display screen through the color and shape of the items on the display. For example, the colors of the liquids are orange, the greens are green, the metal objects are black, and the plastics are blue. If there are liquids or contraband in the bag, a â€œpost-morterâ€ will be notified and the bag will be opened for inspection.

The setting of the X-ray baggage inspection machine at the general airport and station has its own special features. That is, a camera is installed on both ends of the conveyor belt. These two cameras are mainly used to monitor security equipment X-ray machines, in order to prevent passengers from taking packets wrong or to deal with some disputes, to facilitate the first time to access video.

***The detector is mainly used to detect the composition of powdered ***. If the X-ray baggage inspector suspects there is a *** in the passenger's baggage, the security inspector will first use a test strip to take a sample, and then put the test strip in the machine to detect if any **, TNT, etc. are detected. Products, the machine will alarm. Once *** appears, it will immediately put into the explosion-proof ball to prevent explosion damage.

If the baggage carried by the passenger passes through the X-ray baggage inspection machine and is detected to contain liquid, it needs to be checked out again. The benchtop liquid tester can detect bottled liquids and cans of liquids. Normal water and beverages are placed on the tester and the green light is on. If it is a contraband such as gasoline or alcohol, the red light will be on. In addition to the bench-top liquid tester, the security checkpoint will also be equipped with a portable liquid checker to facilitate temporary detection when there are more passengers.

Liquid security instrument is a security inspection instrument specially used for detecting flammable and explosive liquids. It uses quasi-static computed tomography (CT) technology to determine the flammability and explosiveness of the liquid to be measured by determining its permittivity and conductivity. The detector is capable of distinguishing flammable and explosive liquids such as gasoline, alcohol, ethanol, and water from safe liquids such as water, cola, milk, and juice without directly contacting the liquid.

The use of this instrument is very simple. When using, only need to place the detector probe on the side of the container to be tested, detect the height lower than the liquid level in the container, and press the detection button. The green LED indicates that the liquid in the container is safe; the red LED indicates that it is lit, indicating that there are dangerous elements such as flammable and explosive. The detector does not contain ions, microwave radiation sources and other potentially dangerous elements and is safe to operators.