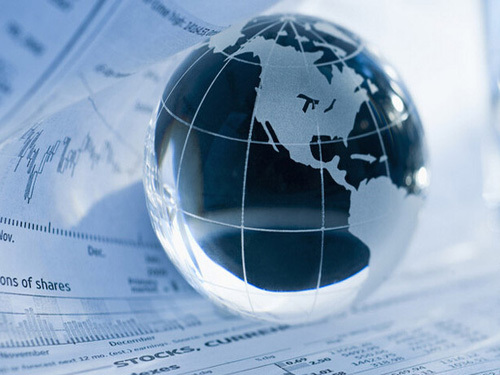 It is reported that in the market application of high-definition cameras, accounting for about 11% of the financial sector, second only to traffic monitoring, is one of the major markets for high-definition product applications. From the market point of view, due to the attention paid by the government and institutions, the financial industry will further expand its security needs and it is expected to form a market scale of several hundred million yuan. From the technical point of view, with the development of high-security monitoring and networked development, it will also guide financial security development in both directions.

In terms of product demand, due to the special nature of the financial sector, it also has special requirements on the performance of security products. The first is the high quality of the image, clear, bright, and even details of the action should be able to see clearly. Secondly, the stability of the system and the networked alarms have high functional requirements. In addition, due to the scattered network of banks, the networked performance is also an important consideration. For example, the cameras above the bank counters must meet the high-definition and networking alarm functions. In addition, because the bank's network is dispersed, the networked performance is also an important consideration. For example, cameras above a bank counter must achieve high-definition, high-definition quality. In addition, in 24-hour self-service locations such as ATMs, the wide-motion and low-light performance of surveillance cameras must be high to meet the surveillance requirements of dark nighttime environments.

High-resolution, wider surveillance horizon: With the same degree of visual clarity, a high-definition camera is equivalent to four traditional analog surveillance cameras. More efficient, more economical, more practical, with more detailed details of the performance so that high-definition surveillance has become the "darling" of financial security.

According to industry professionals, the bank's high-definition equipment is currently viewed from the front-end market. There are network-based and SDI high-definition cameras. At present, network-based applications are still relatively high. SDI HD video cameras in some areas will cooperate with the construction of safe cities, with the construction of public security departments to set up some of these cameras, these cameras set high demands on enterprises, they are different from ordinary cameras, according to the test in the bank From the perspective of wide dynamics and high resolution requirements, in particular, there are high requirements and standards for the clarity of tellers.

I. Strong growth in the security industry in the financial industry

Up to now, China has more than 350,000 financial business outlets and only 40,000 outlets. At the same time, the development of self-service banks with ATMs as the main feature is also very rapid. Self-service banks and ATMs were favored by major banks. While banks increased their business outlets, they also developed self-service banks and ATMs. In order to prevent vicious competition between banks, the China Banking Regulatory Commission has proposed strict approvals for banks to open new business outlets. Therefore, ATMs and self-service banks will become the focus of the next bank development. The space for development of ATMs in China is huge. As of now, the number of ATMs in the country is about 200,000, with an average of 145 per million. This is far lower than the 500 possessions per million people in the developed countries and regions of the world. The relevant department expects that by 2014, China will have more than 400,000 ATMs, which will double its current level.

With the prevalence of bank monitoring systems for existing outlets and the upgrading of surveillance systems, this year, most banks have concentrated on upgrading and upgrading of old sites, and on this basis, equipment expansion has been implemented. For example, in ATM monitoring systems, The demand for intelligent analysis of monitoring systems is increasing, and no blind spots or blind spots are left on the security monitoring. The application of China's bank security equipment has basically formed the "five-yearly-updating" rule. Coupled with the necessary upgrades to the security system, it has created a security market demand of tens to billions of dollars per year for the financial industry.

With the new round of financial security system upgrading, there will be huge potential business opportunities for the entire security market. All types of enterprises will only respond to this opportunity and challenge by strengthening their own strengths.

According to statistics from the China Banking Regulatory Commission, in 2010, Chinaâ€™s banking financial institutions included three policy banks, such as the State Development Bank, five large commercial banks, 12 other joint-stock commercial banks, 147 urban commercial banks, and 85 rural commercial banks. There are 223 cooperative banks, 2,646 rural credit cooperatives, and 1 postal savings bank with a total of 196,000 business outlets. With so many banking outlets and ATM machines, the scale of the bankâ€™s security market is still dominated by a large number of integrators and Manufacturers coveted. The strong growth of the financial security market, high-definition monitoring applications have attracted much attention.

The weave type is flat weaving.

The window screen is generally used in hotels, public construction, civil buiding block of the mosquitoes and other insects. 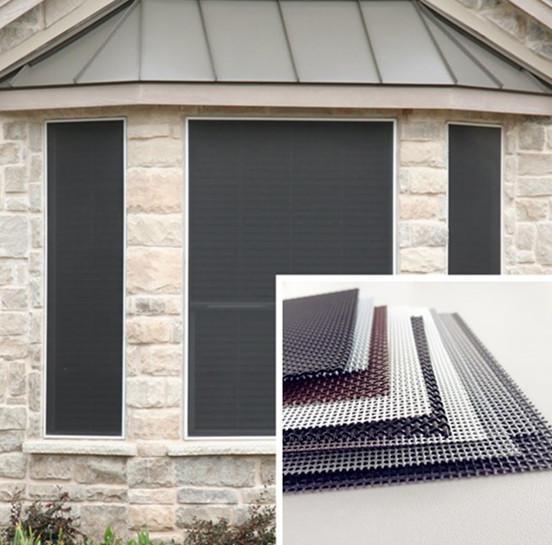