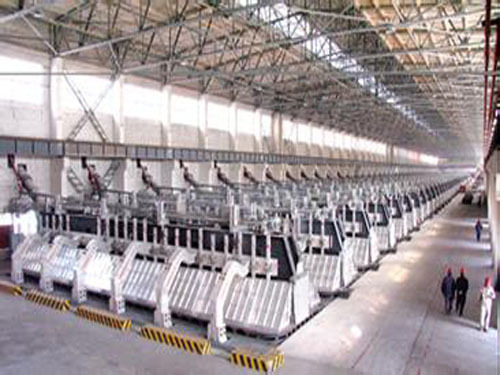 According to statistics, in July 2014, China's primary aluminum production was 2.33 million tons, and the annual production rate was 28.30 million tons, an increase of 4.3% from the previous period and a year-on-year increase of 15.7%. It is initially expected that the output of primary aluminum in August will increase by 2% from the previous month and increase by 16.3% year-on-year. However, on the other hand, due to the lack of funds in the new investment aluminum plant, although aluminum prices rose but the increase was still low, it was not enough to allow the aluminum plant to accelerate production.

The overall trend in the second half of the year will be the acceleration of the growth of electrolytic aluminum supply and the gradual narrowing of the market gap. However, in August, the market is still in a short-term state, which has a certain supporting effect on prices.